Cleaning By Design. Food Service and Housekeeping Starter Kits… COVID-19 has brought a new expectation of clean to our industry and SMART START is a program designed to help you help your customers.

Anderson Chemical Company and The INTEGRA Program® are working diligently to support our Customers during this difficult time as we face the challenges of COVID-19! 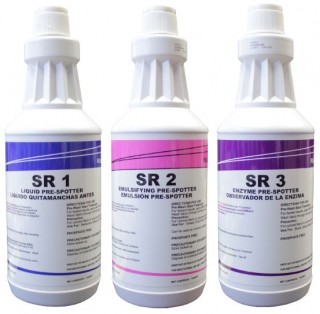 DAZZLE is a laundry detergent designed for use in all water and soil conditions.   DAZZLE is designed to remove odors and tough stains from all fabrics.  Improves results by sequestering minerals.  Contains anti-redeposition agents.  Attacks grease and powers out tough stains.  Flexible enough to be used in homestyle or larger OPL machines.

New Kind of Microchip Could Change Everything

Internet Runs Out of Addresses

INTERNET RUNS OUT OF ADDRESSES NEXT YEAR!

Looks like the Internet's just plain running out of space.

http://www.youtube.com/watch?v=47LCLoidJh4
Watch this video. Follow the narrator's instructions, and see if you can count the number of passes between the girls in white.

Georgia Broadwick was the first woman to jump out of an airplane.

Georgia's nickname was "Tiny." She was called "Tiny" because she weighed only 85 pounds and was a mere 4 feet tall. Georgia became the first woman to jump from an aircraft on June 21, 1913.

Glenn L. Martin flew her 2,000 feet above Griffith Park in Los Angeles, CA and she jumped. Broadwick was also the first woman to make a water jump from an airplane.

Find tips on preventing infections of all kinds, and from many different sources. 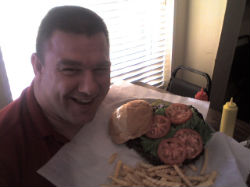 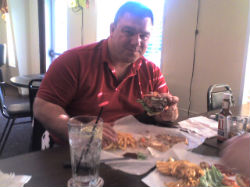 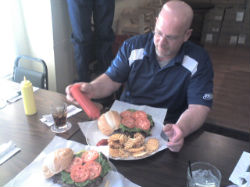 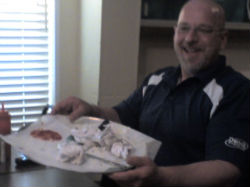 Of course it isn’t all work and no play at our last INTEGRA® University Intro Class.
There was friendly competition between Andy Simko ( Dennis Paper & Foodservice)
and David Steele (Clarkson Chemical). A local establishment offered a half price
special to anyone able to put away a 2 lb burger and fries with all the trimmings in
30 min. True to INTEGRA® tradition these two gentleman stepped forward to except
that challenge and with time to spare finished their meal. And as tradition would
have it, a few side bets on the winner were placed (started by Howard of course).
Andy won by a French fry and one pickle. Congratulations Andy !!!

15 Facts About China That Will Blow Your Mind

China is a fascinating country, and these facts about it will surprise you.

I Had To Show You These Things....

I KNOW THIS IS JUST AN ADVERTISEMENT, BUT I HAD TO SHOW YOU THESE THINGS?
www.vibramfivefingers.com/products/products_classic_m.cfm
Gotta get a pair!

Windmills In A Bottle?

WINDMILLS IN A BOTTLE? 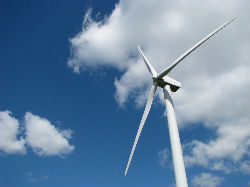 Most of us have wondered just how wind power is going to get us through those times when the wind doesn't blow. Let's see, there's batteries, and...

Sleeping On The Job?

SLEEPING ON THE JOB? 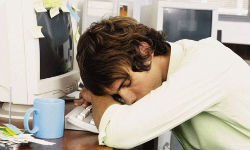 Maybe it's not such a bad idea after all. The following
article explains why employees who require lots of
brain power for their jobs might actually be encouraged
to get forty winks after lunch, and before returning to
work.

Will Algae Solve Our Oil Problems?

Algae farming is about to be big business. This nuisance in summertime lakes might prove to be worth something yet.

Peel A Potato Without A Peeler

PEEL A POTATO WITHOUT A PEELER?

CHECK OUT THIS AMAZING VIDEO OF HOW TO PEEL A POTATO WITHOUT A POTATO PEELER...

"The liquid glass spray (technically termed “SiO2 ultra-thin layering”) consists of almost pure silicon dioxide (silica, the normal compound in glass) extracted from quartz sand. Water or ethanol is added, depending on the type of surface to be coated. There are no additives, and the nano-scale glass coating bonds to the surface because of the quantum forces involved. According to the manufacturers, liquid glass has a long-lasting antibacterial effect because microbes landing on the surface cannot divide or replicate easily."

This is an interesting article on hand cleaning, as well as just about anything else. Look for these devices in public bathrooms soon.

Thinking Outside The Box?

Here are ten ways to think creatively, you might be surprised at some of them:

Growing Meat In The Laboratory?

At first this sounds disgusting, the idea of growing meat in a stainless steel tank in a laboratory, but on second thought, we eat vegetables grown only in water where essential ingredients are added.

We owe this one to Jim Alsleben's wife Barb. This was taken from an article in December's issue of Woman's Day magazine.